The film by Marco Tullio Giordana will be available from 27 June on DVD, BLU RAY and digital download 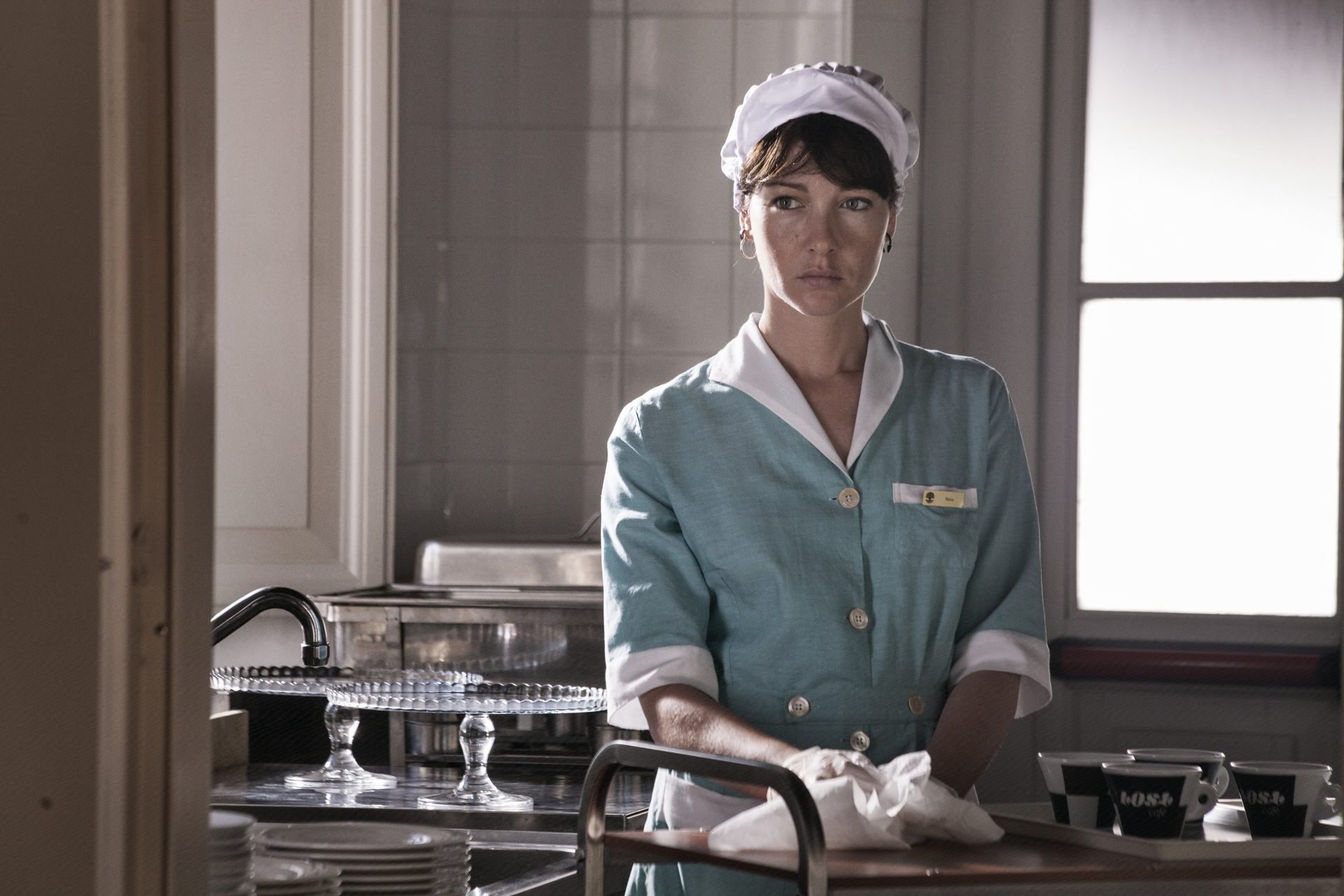 Nina (Cristiana Capotondi) moved from Milan to a small town in Lombardy, where she found work in a residence for wealthy elderly people. An elegant world, almost fairytale. But it conceals an uncomfortable and turbid secret. When Nina finds out, she will be forced to compete with her colleagues, Italian and foreign, to face the manager of the facility, Marco Maria Torri (Valerio Binasco) in a passionate battle to assert her rights and dignity.

The subject of harassment is now on the agenda. It should always be, because this villain is hard to die for, but when Cristiana Mainardi started writing, and throughout the filming period of the film, I thought it would not be easy to get attention. A little because automatisms and factions are immediately unleashed, a little because you risk the hypocrisy of the “politically correct”. Not that the “politically incorrect” is less sickly: we have also seen in recent times the greatness of those who went immediately to peel the victims of abuse instead of defending them or expressing solidarity. The predator enjoys – evidently not only in Italy – a sort of “cultural” impunity: its advances seem goliardic or clumsy, it does not go by the head that they are instead aggressions. “In my day they were called compliments!” comments Adriana Asti slyly. Behaviors that are all the more detestable when consumed in the workplace, taking advantage of the hierarchy to put in franchise. I was always impressed by the loneliness that strikes those who dare to rebel, the lack of solidarity (even of women towards other women), the discomfort that provokes in others having to take a position. When one accuses the injured parties of not having revolted, of not having denounced in time, even of having “provoked” the situation, one realizes that the common sense, the current morality, supports the seducer, is rooting for him. And indeed, the Italian legislator was among the first to recognize violence as a crime against the person and not against morality, as it has been for centuries. There is a big difference between violence and harassment, and we must not forget that. But always of insult against the person it is, not simple nonchalance or arrogance. It is in fact something that does not concern the “war” between the sexes, or not only. It’s something that touches inequality, the power that someone has over someone else. In this sense it has much more to do with the class struggle (and patience if the word seems old-fashioned!) than with sexual prevarication. I can see the objections: so what? You can’t be courted anymore? Does it take a release before you dare a caress? It is useless to hide behind a finger: everyone, man or woman who is, knows what is happening, knows what the limit, the shadow line is. Anyone who crosses it knows damn well they’re crossing a border.

I shot my first films in Milan, then I was always around, in Italy, Great Britain, Angola, Norway, Greece, Afghanistan, always staying at home everywhere, never suffering from nostalgia. But going back to the places of childhood – the lower Lombardy, the bends of Ticino, the canals of Genivolta near Cremona, Mazzuchelli villa in Brescia and finally in Milan so different from the one I left forty years ago – it was like going back again, find some sort of prenatal happiness. I realized how photogenic my land is, how suggestive its light and dazzling its sky, so skillfully photographed by Vincenzo Carpineta.

Very important for me was the contribution of the actors, their inventions, the way in which everyone tried to express their own feelings: from Michela Cescon to Bebo Storti, from Stefano Scandaletti to Laura Marinoni, from Renato Sarti to Anita Kravos, from Patrizia Punzo to Gabriella Riva, from Patrizia Piccinini to the debutant Stefania Monaco, up to the friendly fulminating appearances of Vanessa Scalera and Linda Caridi. Cristiana Capotondi plunged into the character of Nina wanting to express, instead of fragility, the determination of those who refuse to be crushed and Valerio Binasco was not afraid to fall into the shoes of the unpleasant disturbed molester. I think his was the hardest part.

The film is as if it were constantly hovering between two planes: that of the events that happen – and that the camera records distant, with fixed or just moved shots, in a sort of “objective” look – and that of the emotionality of the characters, Nina first of all but also the others, underlined by sometimes imperceptible machine movements, sometimes marked, as if the point of view slipped continuously, seeking a balance or its illusion.

In fact, each of the characters in the film is constantly evolving, each must take note of a crisis, of a total instability. This concerns not only Nina’s colleagues, ready to isolate her in the fear of seeing the entire ecosystem collapse to which they have dramatically adapted, but also male characters, even antagonists, at first cheeky then increasingly fragile, less and less convinced and invulnerable. This has required continuous work by all the interpreters on their own ambiguity, on using the words of the text not to communicate but, on the contrary, to hide.

Finally I would like to say how much I was helped to find my film not only by my two editors Francesca Calvelli and Claudio Misantoni, but also by the musician Dario Marianelli with his score full of strength and delicacy, always internal to the moods of the characters. Not to mention the costumes of the accurate Francesca Sartori, the scenes of the pyrotechnician Giancarlo Basili and the support of Lionello Cerri, my generous and understanding producer.